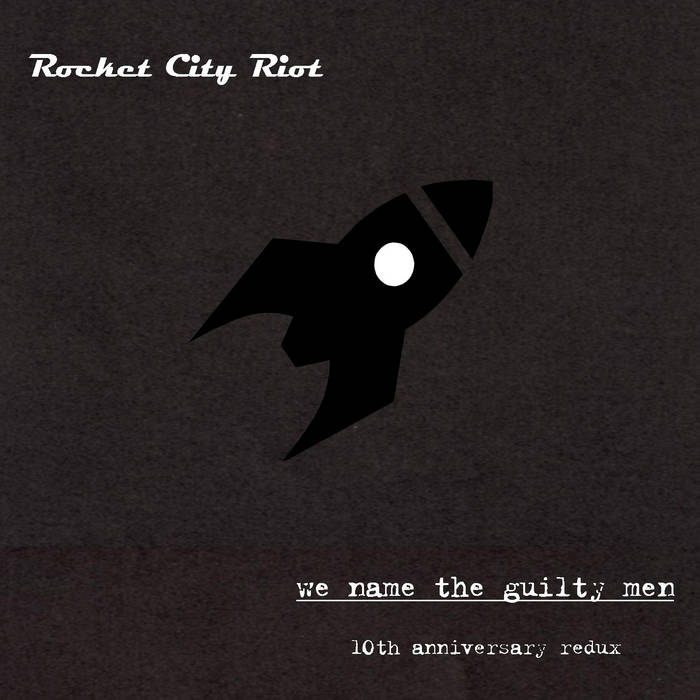 This album is a re-imagining of RCR's first record, We Name the Guilty Men, originally released in 1999 by Twenty Stone Blatt Records. Immediately after the record's release, the band recorded a slew of demos that eventually made their way to the collection named Middle Age Suicide, in 2001 (also available at Magnatune). The band always wanted to take the best of these two recordings and lay the songs down right.

This 10th-anniversary redux of We Name the Guilty Men is just that, raw and vital rock and roll from the end of the century that shakes your teeth and taps your feet. You will hear roots that go way down to NYC of 1977 and beyond with songs about love, death and drinking, the holy trinity of punk rock. Indeed, this is not the kind of music that RCR makes anymore, so get it while the getting is good.

The 1999 version of this record was recorded in John Mark's apartment in North Alabama over the course of several months in 1998 with Sean Wolfe of the Stiletto Boys on vocals and a creaking drum machine for percussion. Guitars and vocals were recorded with a basic computer microphone and the album was mixed on an early version of Cakewalk. Sean left the band before the record's release and the quality of the recording was sub-par, but the songs (most of them) were very strong, as evidenced on this new version.

The breakup of this first incarnation of RCR was not amicable, but it is because of Sean's influence as a rock and roll historian and lyricist early on that RCR has been as prolific as it has over the years.

The band owes him a debt of gratitude.