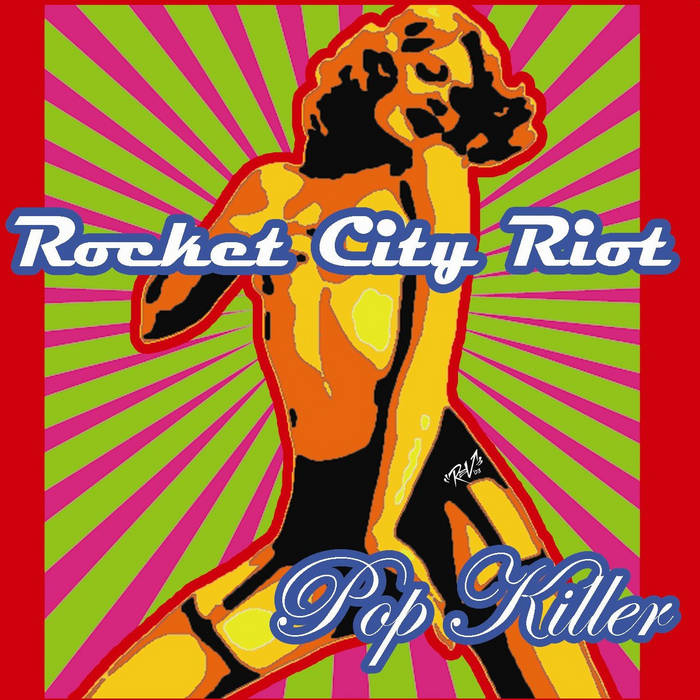 When John Mark moved to the DC area in 2002, he joined the pop punk band, Plan 15, with Pete Martone on bass and vocals, Kevin Scandal on guitar and Alan Slimak on drums. it was Pete's project, and he decided shortly thereafter to put Plan 15 on hold and begin playing RCR songs. Scandal moved out of the area before this, making RCR a three-piece with John Mark on guitar and vocals. This album is the result of this second incarnation of ROCKET CITY RIOT.

Within a few months, Dave Seiden joined the band on lead guitar, and added a new depth to the band's sound with his furious noodling approach to guitar playing.

Martone's approach to bass playing is to give it all and then some and his experience with pop songs adds a unique perspective on the mostly hard-rocking tunes on this record.

Slimak's background is in metal, and it is no more apparent on the recordings he has made for RCR than here. Double bass and a kit of a thousand toms add punch and fever to the basic approach to songwriting John Mark took on these songs.

At this time, John Mark was still a relatively new songwriter, and it shows here with an eclectic mix of pop, rock and punk songs. More a collection of singles than a cohesive album, POP KILLER still shines brightly and stands as a testament to the brief period of time when the band performed regularly and refined their sound on the stage rather than in the studio.

Many of the songs are re-recordings of demos from 2000 and 2001 which appeared later on the collection Middle Age Suicide in 2006 on Magnatune.com, but the others were written by John Mark during this period.

The new songs are Down With Her, Feel Alive, Oh My Nadine, Mine Tonite, Junkyard Girlfriend, Cut Me Out and The Sinner. The rest are re-recorded versions of earlier demos.

All songs by John Mark King